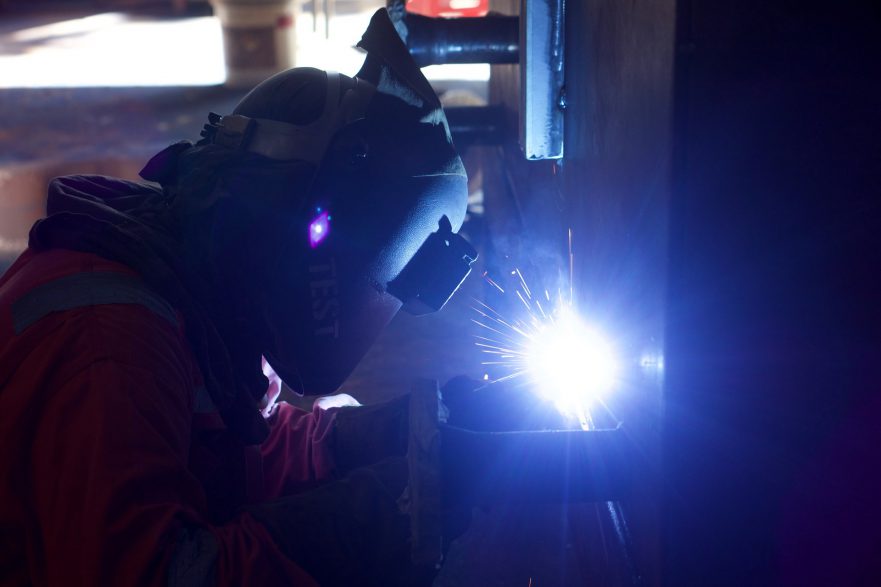 The definition of Industrial Revolution is a rapid development of industry that is caused by the introduction of machinery. It is essentially the implementation of a disruptive technology. We’re now at the front edge of the Fourth Industrial Revolution, also known as Industry 4.0. Central pieces of Industry 4.0 include the Internet of Things (IoT), the Smart Factory, and real-time data that helps humans better manage manufacturing processes and outcomes.

But how did we get here? Let’s take a look at the path of innovation that lead us to Industry 4.0.

The first two industrial revolutions were a transition from hand production methods to machines and then to assembly lines. The First Industrial Revolution occurred from 1760 to 1830. It brought new materials (iron and steel) and new energy sources (coal and steam). All of these provided faster production with less time and effort –a goal that is still important to manufacturers today.

These combined inventions led to the creation of the factory system with the division of labor and specialized functions. This was the dawn of the manufacturing industry and mass production. It also enabled cities to grow and develop infrastructure for transportation, utilities and sanitation.

The Second Industrial Revolution occurred from 1870 to 1914. While it marked the automated assembly line, the full impact of this Revolution was the creation of telegraph networks, railroads, gas and water and sewage systems. Before the Second Revolution started, crossing the United States took months. The Intercontinental Railway allowed people to cross the country in only a few days. Messages could now travel long distances in only a few hours via telegraph. Alexander Graham Bell invented the telephone and Nikola Tesla invented Alternate Current/Direct Current. These new inventions provided virtually instant communication and the electrification of the world. Oil became a new energy source and brought with it the creation of the internal combustion engine (cars and trucks), highways and mass transportation systems.

Whether we have experienced a Third Industrial Revolution is still being debated and the term comes from the title of economist Jeremy Rifkin’s 2011 book The Third Industrial Revolution: How Lateral Power is Transforming Energy, the Economy and the World. The assembly line was an amazing breakthrough, but it required large numbers of employees to be on the line — a tedious and dangerous job. The widespread addition of computer technology and robotics to the assembly line allowed assembly lines to move much faster and more efficiently. The rapid growth in renewable energy has created the ability to have a source of energy virtually anywhere in the world, no matter how remote the location.

Setting the Stage For Industry 4.0

The first three revolutions brought us the assembly line, and the technology needed to further automate tasks in the assembly line. Each new development in manufacturing caused a ripple effect that enabled faster innovation, and global capabilities. That brings us to the Fourth Industrial Revolution, also being referred to as Industry 4.0, which is focused primarily on the human-machine connection, and is all about using connectivity to work smarter and faster. It will touch every industry in some way, but manufacturing will be impacted the most.

Industry 4.0 Starts With The Internet of Things

Each of the previous revolutions was caused by the implementation of a disruptive technology. Disruptive technologies are those that significantly alter the way businesses or industries operate. The disruptive catalyst for the Fourth Industrial Revolution is Internet of Things (IoT).

So, what is IoT? It is a network of physical objects which could be anything from a sensor to a device to a vehicle or a building. These objects are all connected via a network which allows them to collect and exchange data.

IoT is the connection of everyone and everything. It is the seamless integration with these connections that happen in the background without notice. Devices and objects can sense each other and automatically communicate with each other. This disruptive technology is transforming manufacturing and is one pillar of the Fourth Industrial Revolution.

In our next article we will explore how Industry 4.0 and IoT and is impacting and changing not just the manufacturing industry, but also distribution and supply chains.